Top 5 Videogames with the Best Soundtracks 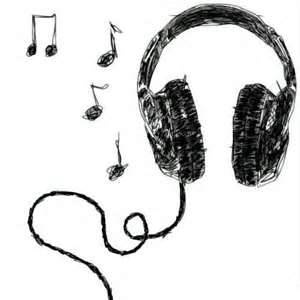 Music makes a game more. Whether that more means more exciting or more relaxing, it sets the mood for whatever is happening in-game. Here, I’ve listed the best game soundtracks I’ve heard while playing these games.

Stroll through the streets of Shibuya with the amazing hip-hop, rock, and electronica soundtrack of The World Ends with You. The mixture of those genres is a good representative of the moods of Shibuya, where the game takes place. You play as Neku Sakuraba, an amnesiac loner thrust into a game of death and life. As you play the game, Neku’s world expands and he finds his own meaning of life, and maybe you’ll find yours too.

Anyway, as I said, the music is great. I’m not that much of a fan of hip hop or electronica, but this game made me appreciate those genres a little more. The whole soundtrack is a collaboration between multiple artists, somewhat symbolizing the game’s theme and the people of Shibuya.

This is Supergiant Games’ first entry to the indie game scene. It’s about a Kid who wakes up one day to find that his whole world is falling apart. He sets out to investigate what happened and meets other survivors. The rest of the plot is better off unspoiled. Anyway, Darren Korb did a great job composing music for Bastion. The musical score was memorable, and really creates the atmosphere for the game. The soundtrack is mostly instrumental, but those with sung lyrics are just heavenly.

Okay, I know I’m sort of cheating here. Theatrhythm (man that’s a pain to spell) is a rhythm game, with music from all FF games released at the time of its own. Although it only features about four (sometimes more) songs from each game, those songs are either the best or the most popular in that game’s soundtrack. You can even add more songs through DLC, though those choices are limited too. Its sequel Curtain Call adds songs from FF games released since the first like Lightning Returns and XIII-2. It even added the feature where you don’t need the stylus to play anymore, just the A button and the analog stick. It also added more characters and more downloadable content, like songs from other Square Enix titles such as Bravely Default and The World Ends with You.

In Bravely Default, you play as Tiz, a humble shepherd and the sole survivor of his hometown’s destruction. He meets other characters and travels with them to investigate the reason for Luxendarc’s deterioration. Okay fine, the story is a little repetitive, but it’s something important for the plot. Anyway, back to the music. From Caldisla’s cheery theme all the way to the final, final boss battle, each and every piece of music is appropriate for the event where it plays. Revo did a very good job composing this game’s music.

Sadly, he wasn’t able to compose music for the sequel. Supercell’s ryo had that honor. Bravely Second’s music is good, but I like the first game’s music better.

Favorite tracks: Sunlight filtering through the Leaves, Under the Hollow Moon, You are My Hope

It isn’t a surprise this is on my list. Toby Fox was a music producer before a game producer so it follows that his game’s music would be good. Even if he reused melodies in several of the tracks, that technique was effective at evoking nostalgia, from me at least. ‘Hopes and Dreams’ is the best example there is. Saying more about it might dive into spoiler territory, so I’ll just say it’s the best music in this game. The character themes fit the character they’re for so much.  So many of the tracks are good, it’s hard to pick a favorite. Someone even made a musical for the game!

Transistor is Supergiant Games’ second work. It is about a singer who lost her voice, and her city is at the edge of an apocalypse. Darren Korb still gets the honor to compose for this game, and boy he did it again. This was supposed to be tied with Bastion since they share the same composer and all, and Ashley Barrett’s vocals are amazing. However, I like the diversity of Bastion’s soundtrack. Sure Red is the primary driving force of Transistor, but she’s mostly alone. These two soundtracks are contrasts of each other somehow, as both games have mute protagonists. On one hand, Bastion’s soundtrack features the voices of the other characters except the Kid’s, the protagonist. On the other hand, Transistor’s soundtrack only features Red’s, the protagonist.

That’s my top video game soundtracks. You can buy Bastion, Transistor, and Undertale (or their soundtracks) on Steam, or get their CD keys somewhere. The rest are 3/DS games, so you could get them at your nearest game retail store or at the eShop. Happy listening!